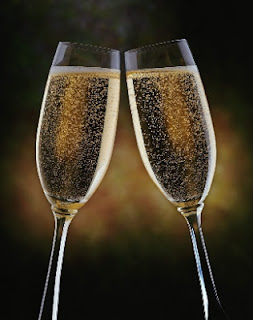 For some, 2012 was a banner year. Others are ready to kick it hard to the curb and start fresh. But no matter how you feel about the year that was, if you decide to celebrate New Year’s Eve in Park Slope, there are plenty of options along Fifth Avenue to bubbly it up. Here are some great places to ring in 2013!

Aperitivo (279 Fifth Avenue): throwing a New Year’s Eve party starting at 9pm, with a four-course prix fixe chef’s dinner for $95. In addition, they are serving specials during regular dinner hours and open for brunch on New Year’s Day.

Blueprint Bar (196 Fifth Avenue): open 4pm to 4am New Year’s Eve with a special menu served till 2am. Open New Year’s Day for brunch at noon till 2am.

Pork Slope (247 Fifth Avenue): from 10 –1am, a $60 all-you-can-eat-and-drink special – includes canned and tap beers, well spirits, and two signature cocktails. But come early for your reveling real estate, as there are no reservations accepted.

Brooklyn Fish Camp (162 Fifth Avenue): For revelers who want to make it an early night, serving dinner New Year’s Eve, but closing at 9pm.
Posted by All About Fifth at 4:46 AM