Music will fill the air along Fifth Avenue between Sterling to 12th on Sunday. Here is a taste of what #theother5th has planned for your enjoyment. 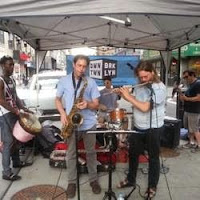 
The Monro is between 11th and 12th Streets. 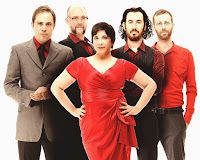 Called “the future of music” (New York Music Daily), Bombay Rickey is a five-piece band from Ditmas Park, Brooklyn that defies easy categorization. With a unique sound evocative of ’60s movie soundscapes, the band plays both covers and original music that borrow equally from the worlds of surf rock, cumbia, spaghetti-Western, and Bollywood, balanced out with a little coloratura soprano.

The Oyster Bar is between Carroll and Garfield.

The BID Stage outside NY Kids Club from 12pm 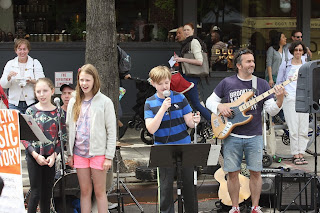 Brooklyn's future rock stars have been practicing hard all year for their biggest gig! Come on down and hear them rock out! brooklynmusicfactory.com.

The Urban Children's Choir (UCC) 2-3
A contemporary singing project based in Brooklyn, NY. The group is for children aged 8 – 12 years old and is open to young people of all ability levels.

The Condescending Liberals  3-4:30
It's not a political statement, it's a mix of fun, dance, jams and folksy tunes with two vocalists signing in harmony. Perfect for a sunny street fair! 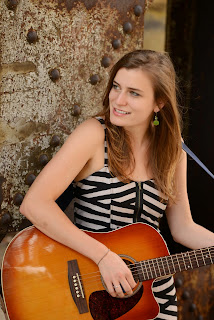 In 2011, Leah Shaw quit her job pouring wine at a vineyard, packed a suitcase and her instruments and moved to New York City. Leah wrote her first songs in 2012, released her first EP in May 2013 called 'I'm Just the Same', and then picked up first prize and a $1000 cash prize at the Eddie Owen Open Mic Shootout at Red Clay Theater in Duluth, GA, gaining a nod from industry professionals for songwriting and performance. Leah has since released four additional singles; one was picked up for a sync license on cable television and another was chosen as the winner of the 2014 Our State North Carolina Singer Songwriter Competition. A second EP is due to be released later this year.
Leahshawmusic.com

The BID Stage will be between Sterling and St John's.
Posted by All About Fifth at 6:33 AM