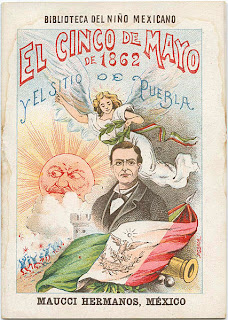 Looking to celebrate Cinco De Mayo? There's lots happening on Park Slope's Fifth Avenue and the weather is supposed to be glorious!

Sonido Costeno will be playing two full sets at 4th Street and Fifth Avenue from 6:30 to 9PM.

Bogota Latin Bistro: Will be open from 11 am to 1 am with Brunch starting at 11am through 3:45pm and happy hour running all day until 5pm. Classic Mojitos, Micheladas, Piña Coladas, and Mexican beers including Corona, Corona Light, and Negra Modelo. Also serving some of Latin American’s favorite dishes, including their Mexican Breakfast and BBQ Chicken Nachos Appetizer. Reservations for Cinco de Mayo celebrations this Saturday can be made at bogotabistro.com/reservations/.

Also, don't forget the many Mexican Restaurants along Fifth