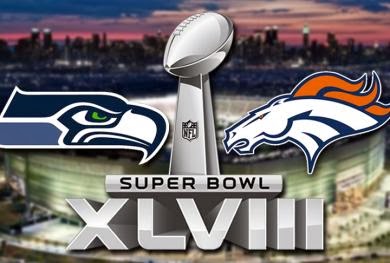 Well, the big day has finally arrived! Super Bowl XLVIII takes place on Sunday at 6:30pm at MetLife Stadium in New Jersey. Of course, unless you are near the stadium or hanging out in Times Square, it's hard to even tell that the biggest sporting event of the year is taking place just a few miles away!

You might as well hang out in the neighborhood and enjoy the big game at one of your favorite Fifth Avenue locations. Here are some ideas (list in formation):

Bogota Lating Bistro (141 Fifth Avenue): It's not too late to have your party catered by Bogota! Bogota Wings, Empanadas and much more! Call them at 718-230-3805 or just stop by and speak to any manager.

Bonnie’s Grill (278 Fifth Avenue)- If you enjoy authentic Buffalo Chicken Wings, this is the place to get them on Fifth Avenue. Take out burgers, wings or fries or grab a seat at the counter and watch the big game!

Pork Slope (247 Fifth Avenue): All you can eat and drink. That sounds dangerous!

Backyard (388 Fifth Avenue): A mellow, quiet Superbowl viewing alternative. No specials or events planned. If you hate loud bar crowds, this is the place to catch the game while leisurely sipping a drink with your friend.

Not interested in the bar scene? Don't care about the big game? How about some shopping?

ElevenBK (70 Fifth Avenue): One of the best consignment boutiques on the Avenue. Get 25% off jackets/coats and 15% off everything else!

BAX (421 Fifth Avenue): As we mentioned yesterday, BAX has music for all ages on Sunday and it ends early enough, in case you change your mind and want to watch the game.