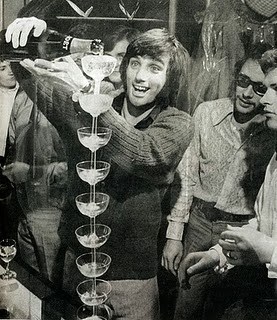 If you are looking for something to do in Park Slope, many of the Park Slope Fifth Avenue BID's bars and restaurants between Dean and 18th Streets will be doing something special. Here are some of the highlights that we are aware of. We'll add more throughout the day:

Freddy's Bar (627 Fifth Avenue): New Year’s Eve With The Great Apes! Electro-funk dance party at Freddy’s described as a mix between The Beastie Boys and Prince.

Pork Slope (247 Fifth Avenue): Classic Bensonhurst, Brooklyn NYE Dinner!  Four-course prix fixe menu and two seatings: from 6:00pm-7:30pm and from 8:00pm-10:00pm. The late seating will also include a complimentary glass of Prosecco at midnight. DJ Pauly Alphabets will be spinning from 10pm on. Pricing is $69.95 for the first seating and $99.95 for the late seating.

Uncle Barry's (58 Fifth Avenue): In case you have any brain cells left on New Year's Day, Uncle Barry's will be hosting trivia. Go ahead, test your abilities with a hangover!