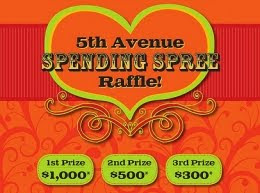 The list of participating merchants has grown to nearly 100 stores, bars and restaurants along Fifth Avenue between Dean and 18th Streets! Check it out at parkslopefifthavenuebid.com/raffle2012.
Posted by All About Fifth at 12:00 AM